WASHINGTON — Early in 2018, when Ukrainian media report­ed that Prosecutor-General Yuriy Lutsenko had been denied entry into the United States, the nation’s top law­man rushed to deny the story.

And with good reason.

“That would have been the end of his polit­i­cal career,” Daria Kaleniuk, the exec­u­tive direc­tor of the Kyiv-based Anti-Corruption Action Center, told RFE/RL.

Lutsenko would go on to serve anoth­er 16 months and play a key role in the events that would lead to the first impeach­ment tri­al of then U.S. President Donald Trump, in 2020.

To this day it is not pub­licly known whether Lutsenko, who had a tense rela­tion­ship with the U.S. Embassy in Kyiv over ques­tions about his com­mit­ment to fight­ing cor­rup­tion, was in fact barred from enter­ing the United States: U.S. law pre­vents the State Department from dis­clos­ing such infor­ma­tion in most cases.

Now, a bipar­ti­san group of U.S. law­mak­ers wants to change that. The leg­is­la­tors are back­ing a bill that would give the State Department the right to dis­close the names of tycoons, offi­cials, and oth­er indi­vid­u­als whom it bans because allow­ing them entry could have “seri­ous adverse for­eign pol­i­cy con­se­quences” — often linked to alleged cor­rup­tion, human rights abus­es, and transna­tion­al aggression.

The REVEAL Act, as the leg­is­la­tion is known, would over­ride a sec­tion in the Immigration and Nationality Act (INA) that pre­vents pub­lic dis­clo­sure of those banned for for­eign pol­i­cy reasons.

Advocates say the bill, if adopt­ed, would be the U.S. government’s newest tool to bat­tle cor­rup­tion and human rights abus­es amid grow­ing con­cern in Washington over the roll­back of democ­ra­cy, fun­da­men­tal free­doms, and the rule of law in many parts of the world includ­ing Russia and sev­er­al oth­er for­mer Soviet republics.

“Kleptocrats rely on anonymi­ty. When we bring their crimes to light, we curb their pow­er. The United States should not allow crooks and cronies to hide behind con­fi­den­tial­i­ty,” Senator Ben Cardin, a Democrat from Maryland and a co-spon­sor of the REVEAL Act, said in a state­ment on July 20, the day it was intro­duced to Congress.

Serik Medetbekov, a rep­re­sen­ta­tive of the Civil Society Coalition of Kazakhstan, an umbrel­la orga­ni­za­tion that unites var­i­ous democ­ra­cy and rights groups in the Central Asian nation, told RFE/RL that pas­sage of the bill would be “an impor­tant sign” from the West to for­eign activists like himself.

“When you pub­licly ban some­one, it is a huge step for the whole anti-cor­rup­tion fight,” said Medetbekov, who is lob­by­ing Congress for sanc­tions against 22 Kazakh nationals.

Kaleniuk said it would also send a “pow­er­ful sig­nal” to cur­rent offi­cials that they “could be next” on the visa ban list if they, too, engage in cor­rup­tion or human rights abuses.

There is no pub­lic infor­ma­tion on the num­ber of peo­ple who are banned under the sec­tion of the INA per­tain­ing to “seri­ous adverse for­eign pol­i­cy con­se­quences” though it could eas­i­ly be in the hun­dreds, includ­ing many tycoons and offi­cials from the for­mer Soviet Union.

The names of some who might be barred under that sec­tion of the INA can be gleaned from Treasury Department sanc­tions lists, State Department doc­u­ments pub­lished under the Freedom of Information Act (FOIA), and U.S. lob­by filings.

The Treasury Department must pub­li­cize the names of peo­ple it sanc­tions so that U.S. indi­vid­u­als and busi­ness­es know not to trans­act with them. Inclusion on a sanc­tions list does not mean that the indi­vid­ual is barred from the United States, but the like­li­hood is high because visa bans are a com­mon ele­ment of such measures.

State Department offi­cials some­times express views of the char­ac­ter of for­eign mag­nates and offi­cials in their cor­re­spon­dences, which can be obtained through pub­lic infor­ma­tion requests. These views — such as refer­ring to some­one as “cor­rupt” — may sug­gest that the per­son in ques­tion is barred from the United States, but there is no direct correlation.

Foreign tycoons banned from the United States some­times hire lob­by­ing firms to help them over­turn their inad­mis­si­bil­i­ty or receive a waiver.

Kazakh bil­lion­aire Aleksandr Mashkevich, a sus­pect in a long-run­ning bribery probe in Britain, in February hired Washington-based Sonoran Policy Group to lob­by the U.S. gov­ern­ment on issues “relat­ed to busi­ness and trav­el” though there is no evi­dence to sug­gest he is banned.SEE ALSO:Too Big For Sanctions? Why The U.S. Didn’t Hit Ukrainian Tycoon Kolomoyskiy With Economic Penalties

Ukrainian bil­lion­aire Ihor Kolomoyskiy, who had long been rumored to be banned entry to the United States, hired a firm in 2017 for $80,000 to lob­by the State Department for the “issuance of a U.S. E‑2 Investor Visa.”

In a sur­prise move this March, the State Department pub­licly barred Kolomoyskiy and his imme­di­ate fam­i­ly from enter­ing the United States for involve­ment in cor­rup­tion in 2014–2015 while serv­ing as a region­al governor.

It did so using sec­tion 7031© of the Department of State, Foreign Operations, and Related Programs Appropriations Act, which not only man­dates the State Department to ban an indi­vid­ual and his imme­di­ate fam­i­ly from entry when there is cred­i­ble evi­dence of their involve­ment in cor­rup­tion or human rights abus­es, but also gives it the right to release their names to the public.

Since first uti­liz­ing the pow­er of 7031© to shame for­mer Albanian Prosecutor-General Adriatik Llalla in 2018, the State Department has since pub­licly named more than 160 peo­ple who are banned from enter­ing the United States under that pro­vi­sion, includ­ing offi­cials’ imme­di­ate fam­i­ly members.

However, its use to ban an indi­vid­ual is lim­it­ed com­pared with the INA because it requires greater proof of their involve­ment in cor­rup­tion or human rights abuses.

That can often be hard to obtain, as for­eign gov­ern­ments may not be will­ing to coop­er­ate and share mate­r­i­al with the United States.

The INA sec­tion is “much faster, much more flex­i­ble, and it doesn’t require that cred­i­ble evi­dence stan­dard,” Paul Massaro, a senior pol­i­cy advis­er to the Commission on Security and Cooperation in Europe (CSCE), told RFE/RL.

The CSCE, also known as the U.S. Helsinki Commission, is an inde­pen­dent com­mis­sion of the U.S. gov­ern­ment that pro­motes human rights and democ­ra­cy in Europe and Central Asia. Three of its lead­ing mem­bers — Cardin, Representative Steve Cohen (Democrat-Tennessee), and Senator Marco Rubio (Republican-Florida) — intro­duced the REVEAL Act.

The State Department used the INA to ban 76 Saudi nation­als in February “believed” to have been involved in threat­en­ing dis­si­dents over­seas, includ­ing but not lim­it­ed to the killing of jour­nal­ist Jamal Khashoggi.

Secretary of State Antony Blinken said the State Department would also review the Saudi nation­als for des­ig­na­tion under Section 7031© with the pos­si­bil­i­ty of pub­licly nam­ing them.

Should the REVEAL Act be passed, Blinken would have the author­i­ty to name them with­out the need for obtain­ing cred­i­ble evidence.

Other nations “could fol­low” the U.S. lead, expand­ing the impact of the bill, said Representative Steve Chabot, a Republican con­gress­man from Ohio who is anoth­er co-spon­sor of the REVEAL Act.

In order to become law, the bill must be passed by both cham­bers of Congress and signed by President Joe Biden.

Biden admin­is­tra­tion offi­cials have said lit­tle about the leg­is­la­tion, but Massaro said that it has strong bipar­ti­san sup­port and that he expects it to become law.

If the REVEAL Act is adopt­ed, the admin­is­tra­tion would still be able to keep con­fi­den­tial the names of some indi­vid­u­als banned over con­cerns of “seri­ous adverse for­eign pol­i­cy con­se­quences” if it is believed to be in the U.S. nation­al interest.

Todd Prince is a senior cor­re­spon­dent for RFE/RL based in Washington, D.C. He lived in Russia from 1999 to 2016, work­ing as a reporter for Bloomberg News and an invest­ment advis­er for Merrill Lynch. He has trav­eled exten­sive­ly around Russia, Ukraine, and Central Asia. 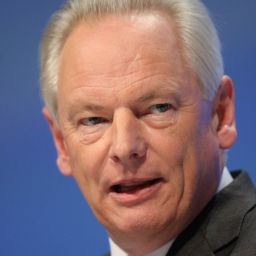 Francis Maude MP is advis­ing Kazakhstan on how to cre­ate a finan­cial “free zone”, which is like­ly to han­dle big… 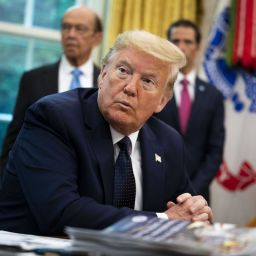 A wake-up call for the property sector

COMMENT As the US elec­tion approach­es, I don’t want to depress any­one fur­ther, but it is worth remem­ber­ing that Trump… 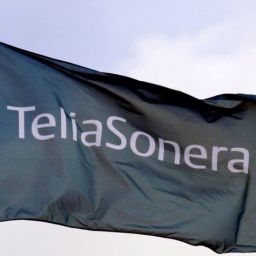 In light of Karim Massimov receiv­ing the new rank of General Lieutenant, we pub­lish infor­ma­tion on his involve­ment as a… 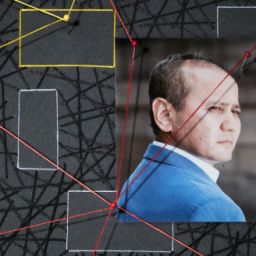 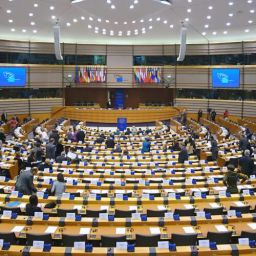 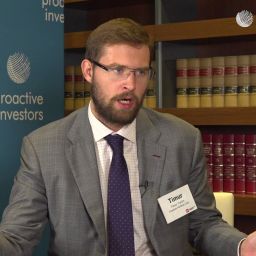 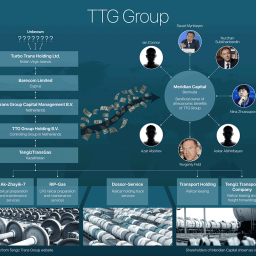 For more than a decade, one mys­te­ri­ous trans­porta­tion com­pa­ny has been pri­mar­i­ly respon­si­ble for mov­ing Kazakhstan’s oil and gas by… 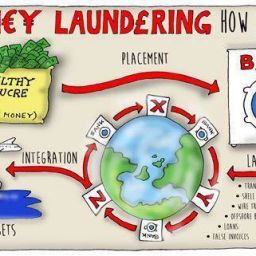 After Cohen/Manafort, we’re (still) only at the beginning of #TrumpRussia

Just as a reminder of how far we’ve come, and have so much fur­ther to go in #TrumpRussia. And Mueller’s following… 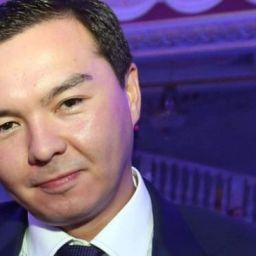 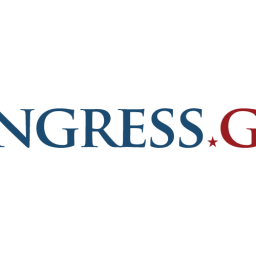 H.R.3847 — To direct the President to take such actions as may be nec­es­sary to pro­hib­it the pur­chase of public… 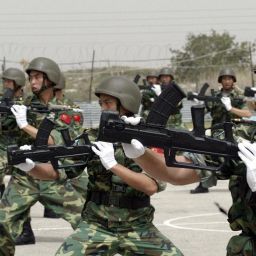 Is China About to Deploy Private Military Companies in Central Asia?

Over the past decade, Moscow has made reg­u­lar use of pri­vate mil­i­tary and secu­ri­ty com­pa­nies to project pow­er in areas… 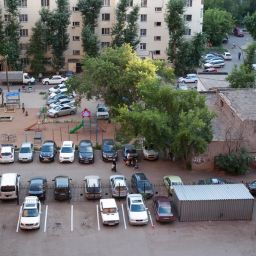 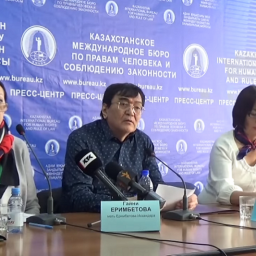 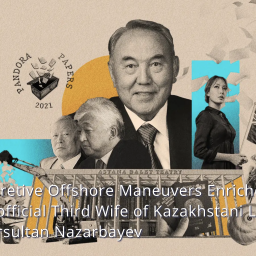 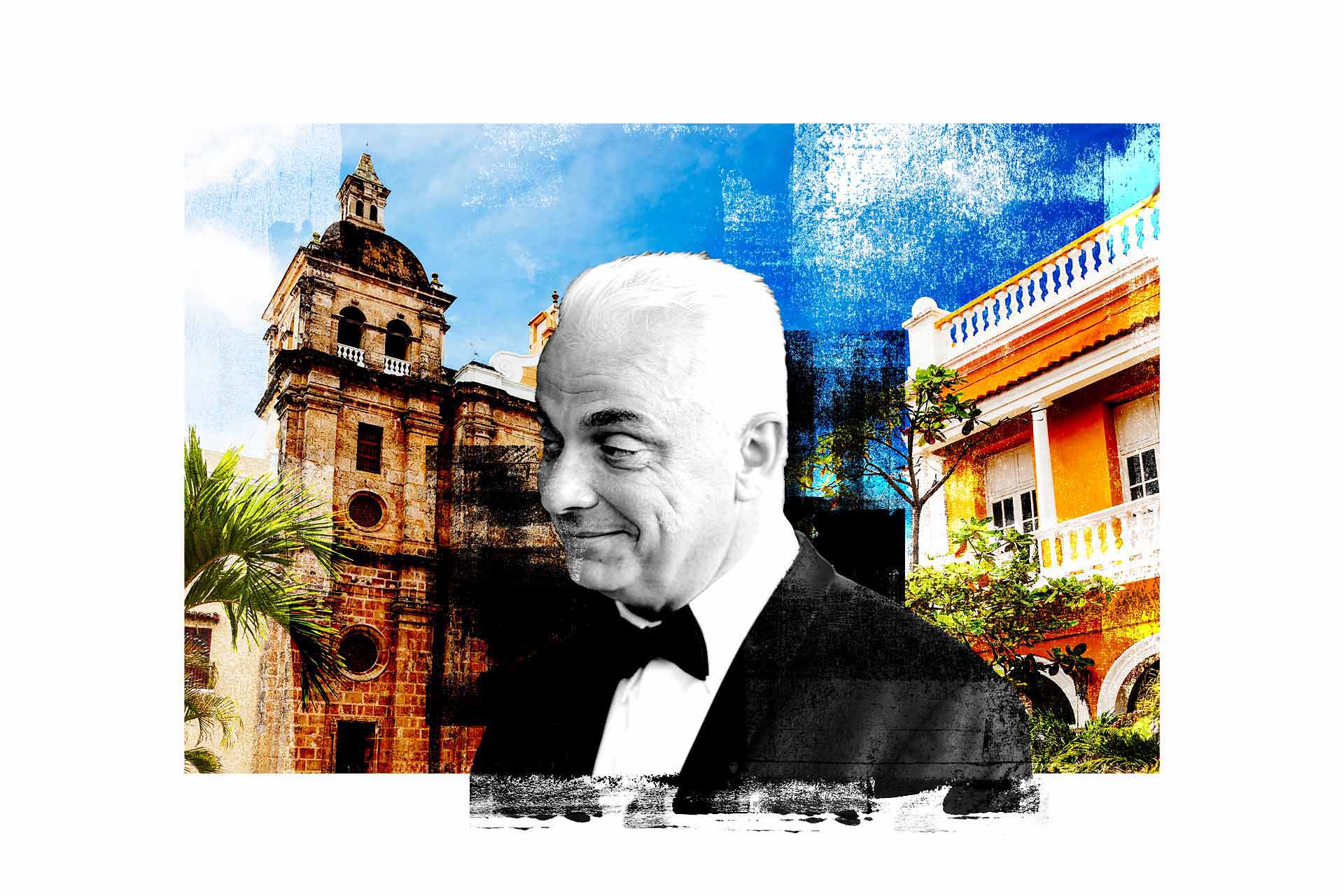 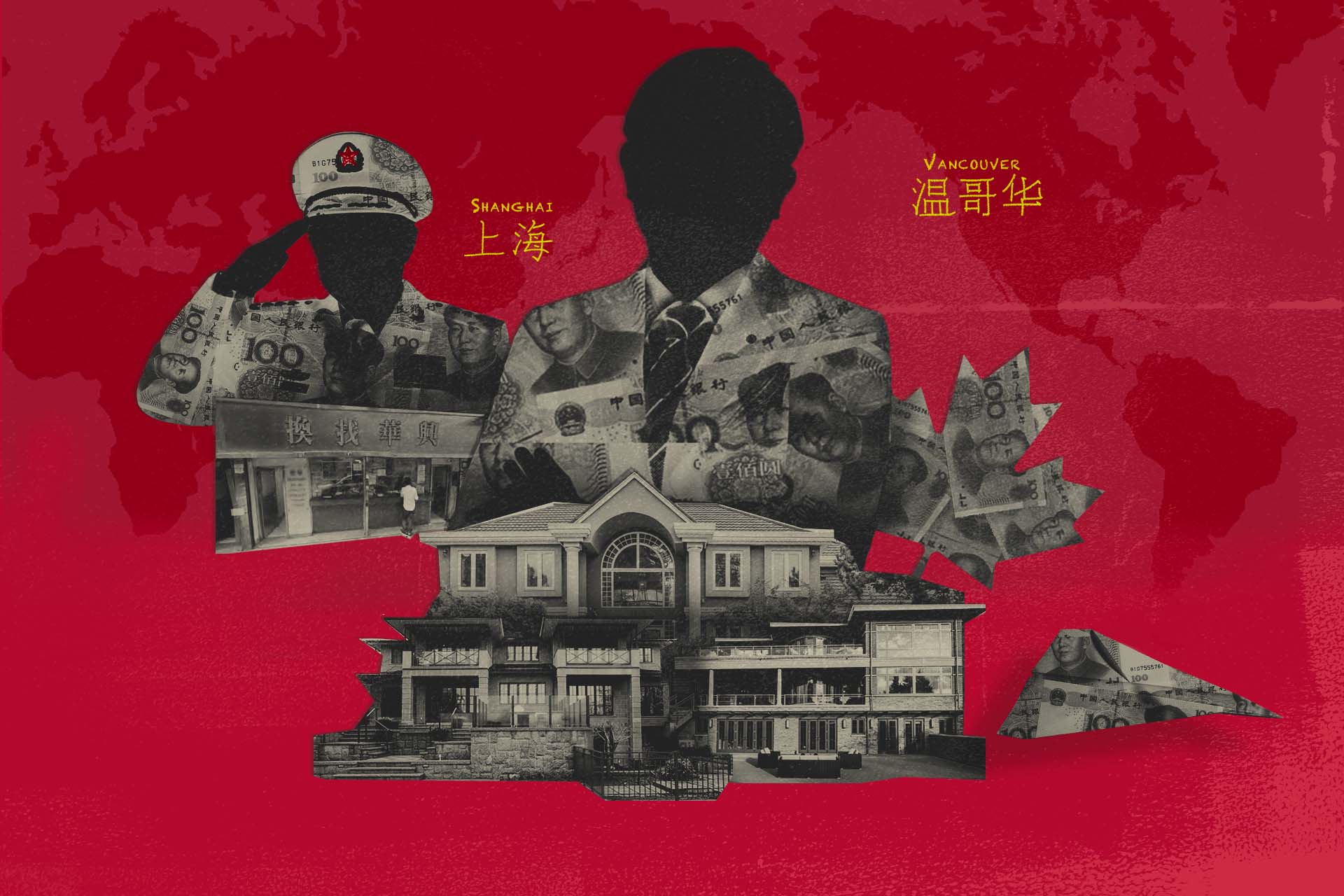