The NCA should take “a large part of the blame” for the col­lapse of the Unexplained Wealth Orders against Dariga Nazarbayeva and Nurali Aliyev, the daugh­ter and grand­son of Nursultan Nazarbayev, whose rule ran from 1991 to 2019.

The report, launched in Parliament today by aca­d­e­mics and Dame Margaret Hodge MP, says the judge­ment made by the judge who heard the case, Ms Justice Lang, was flawed, as she accept­ed evi­dence from the Kazakh author­i­ties that was “like­ly taint­ed by polit­i­cal bias, giv­en the Nazarbayev family’s con­trol over Kazakhstan at the time the UWOs were issued”.

Professor Heathershaw and Mr Mayne call on the NCA to review the case, known as NCA v Baker, and exam­ine the own­er­ship of £137 mil­lion prop­er­ties in Baker Street.

“Criminality Notwithstanding: The use of Unexplained Wealth Orders in Anti-Corruption Cases”, was writ­ten by Tom Mayne and John Heathershaw from the University of Exeter. Research for the report was con­duct­ed under the Global Integrity Anti-Corruption Evidence Programme, fund­ed by UK Aid.

The report calls for increased fund­ing and man­date for the UK enforce­ment agen­cies so that they can prop­er­ly inves­ti­gate and freeze cor­rupt­ly obtained assets. It argues for the use of spe­cial­ist inves­ti­ga­tors, greater use of experts who can pro­vide evi­dence on the pol­i­tics and laws of coun­tries in ques­tion and an eco­nom­ic crime court with spe­cialised judges.

Unexplained Wealth Orders were intro­duced in the United Kingdom in 2017 to tack­le organ­ised crime and grand cor­rup­tion ema­nat­ing from klep­toc­ra­cies. Only four UWO inves­ti­ga­tions have been report­ed since 2018, no UWO has been issued since July 2019, none have been issued against Russian nation­als, and only one UWO inves­ti­ga­tion has been suc­cess­ful against prop­er­ty held by a for­eign polit­i­cal fig­ure — a for­mer Azerbaijani banker, Jahangir Hajiyev, and his wife. Even though the UWO was upheld, the prop­er­ties are yet to be recov­ered and legal pro­ceed­ings are still ongoing.

The UWO inves­ti­ga­tion into Dariga Nazarbayeva and Nurali Aliyev was launched in 2019, and three orders were issued on prop­er­ties owned by them. Other prop­er­ties, includ­ing a block of flats and offices on Baker Street worth £137 mil­lion, were not issued with UWOs, although it is unclear why. The orders were dis­missed by the High Court in 2020, which saw the National Crime Agency land­ed with a £1.5 mil­lion bill in costs.

The report says the NCA “did not focus to any great extent on the klep­toc­ra­cy cen­tred on the Nazarbayev fam­i­ly that forms the basis of Kazakhstan’s polit­i­cal econ­o­my and missed key evi­dence already in the pub­lic domain which would have helped the judge dis­miss cer­tain aspects of Nazarbayeva’s claims as unreliable”.

It high­lights how Ms Justice Lang “expressed the need for cau­tion in treat­ing the com­plex­i­ty of cor­po­rate struc­tures as grounds for sus­pi­cion, yet did not ques­tion the pos­si­ble rea­sons why Nazarbayeva and her son were using such com­plex structures”.

The recent­ly-passed Economic Crime (Transparency and Enforcement) Act 2022 seeks to address the final two of these but leaves the first three untouched.  However, the report argues that “the first three issues remain, and pose a threat to the future use of UWOs against cor­rupt incum­bent officials.”

Tom Mayne said: “We believe key to the suc­cess­ful out­come of NCA v Hajiyeva and the lack of suc­cess in NCA v Baker is the fact that at the time the orders were issued Jahangir Hajiyev was in jail in Azerbaijan and had no sup­port from the country’s rul­ing pow­ers, while Dariga Nazarbayeva, the daugh­ter of the then pres­i­dent of Kazakhstan, retained favour in her home coun­try.  Thus, there is the pos­si­bil­i­ty that instead of coun­ter­act­ing klep­toc­ra­cy, UWOs may rein­force it.  Extra efforts must be made to bet­ter tack­le those who remain in pow­er and not just the “fled and polit­i­cal­ly dead.”

Professor Heathershaw said: “There is the dan­ger that UWOs will only have an impact in the most clear-cut anti-cor­rup­tion cas­es.  Unless there is fur­ther reform or new legal prece­dent to estab­lish that wealth accrued by such polit­i­cal means is not in fact “law­ful­ly obtained”, then UWOs will remain a weak tool against kleptocracy.”

The report says in NCA v Baker the NCA “paid lit­tle atten­tion to the cor­rupt under­pin­nings” of Kazakhstan, where Nazarbayev “allowed mem­bers of this fam­i­ly to accrue bil­lions of dol­lars in opaque and ques­tion­able cir­cum­stances”. The NCA’s case failed as it attempt­ed to tie the prop­er­ties to Dariga Nazarbayeva’s crim­i­nal ex-hus­band, Rakhat Aliyev, even after it was revealed that the ben­e­fi­cial own­ers of the prop­er­ties were Dariga Nazarbayeva and Nurali Aliyev. However, despite parts of the NCA’s case being faulty, its cen­tral tenet – that there is lit­tle sep­a­ra­tion between Dariga and Rakhat’s wealth – is pre­dom­i­nant­ly true, based on oth­er pub­licly avail­able infor­ma­tion and fur­ther research.

One of the prop­er­ties orig­i­nal­ly sub­ject to UWOs was 32 Denewood Road, Highgate. Purchased on 2 April 2008 for £9.3 mil­lion. According to Mishcon, the prop­er­ty was held by Nurali on trust for his moth­er, through a com­pa­ny called Twingold Holding Ltd that was owned in turn by Dariga, Nurali and a com­pa­ny called Sagitta Business Corp. The prop­er­ty was lat­er trans­ferred to a Panamanian pri­vate inter­est foun­da­tion, Villa Magna, which held the prop­er­ty for Dariga Nazarbayeva.  A French lawyer was the orig­i­nal pres­i­dent of the foun­da­tion, but was replaced in 2015 by Andrew Baker, a British solic­i­tor based in Liechtenstein. The house was put on sale in March 2021 for £9.5 mil­lion, lat­er reduced to just under £9 million.

Another prop­er­ty, 33 Bishops Avenue was pur­chased on 20 May 2008 for £39.5 mil­lion. A pre­vi­ous own­er, Hossein Ghandehari, bought it in July 200 2 for just £4.21 mil­lion, almost ten times less. Ghandehari, an Iranian investor, is the son of Hourieh Peramam, a busi­ness­woman orig­i­nal­ly from Kazakhstan, who also owns a house on the same road, which she bought for £50 mil­lion in 2008. dNurali bought the house through an off­shore com­pa­ny, Riviera Alliance Inc, which was whol­ly owned by Nurali’s com­pa­ny Greatex Trade and Invest Corp. In March 2013, Nurali’s Greatex trans­ferred its shares in Riviera to Manrick Private Foundation, incor­po­rat­ed in Curaçao, and the legal title for the prop­er­ty was trans­ferred from Riviera to Manrick. 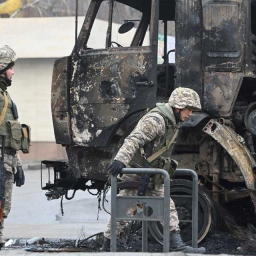 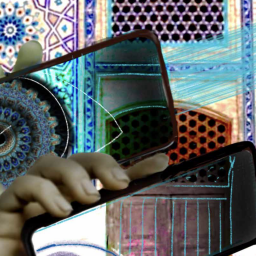 Trust No One: Top Kazakh Oligarchs And Dozens of Government Officials May Have Been Spied On With Pegasus

Two decades ago, at a meet­ing with top busi­ness lead­ers in his oil-rich Central Asian coun­try, Kazakhstan’s President Nursultan Nazarbayev… 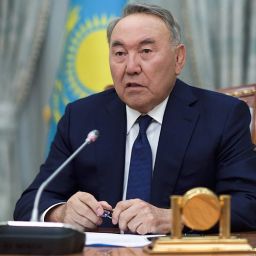 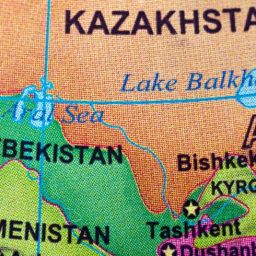 The West needs to do more to stem the tide of illic­it cash flow­ing from Central Asia into their countries.… 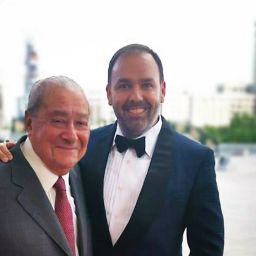 MOB boss Daniel Kinahan showed his cud­dly side — as he forked out $140,000 for a Champions League final matchball… 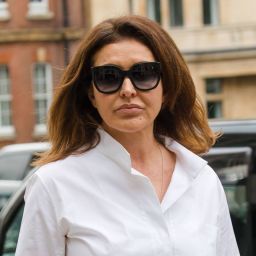 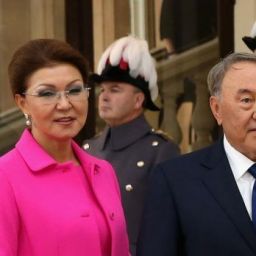 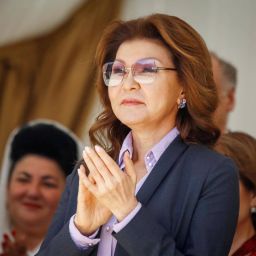 Two years after Panama Papers rocked the off­shore world, new details have emerged about an array of glob­al elite. Reporters… 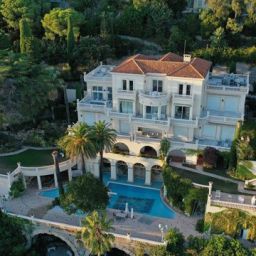 Investigation is published / Millions of investments of the Kazakh elite in villas, the role of the well-known Albanian politician is revealed 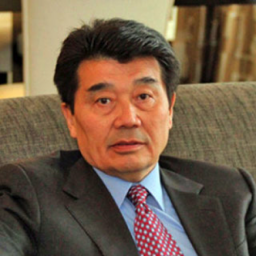 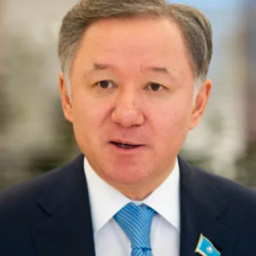 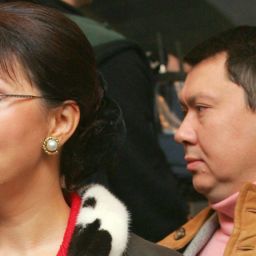 In the three years since the death of President Nazarbayev’s for­mer son-in-law Rakhat Aliyev, inves­ti­ga­tors and researchers have tried to… 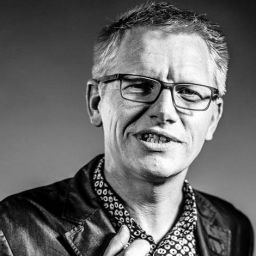 The Belgian news mag­a­zine Le Vif has recent­ly pub­lished a copy of Patokh Chodiev’s set­tle­ment with the pros­e­cu­tors in Brussels.… 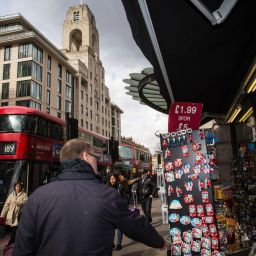 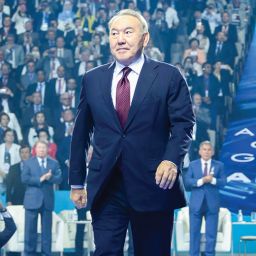 Below the Radar: How an Indian Tycoon’s Petrochemicals Empire Quietly Dodged Iran Sanctions