Son-in-law of the first pres­i­dent of Kazakhstan, Nursultan Nazarbayev. Chairman of the Presidium of the National Chamber of Entrepreneurs of the Republic of Kazakhstan “Atameken”.

Owns the Sunninghill Park estate in the UK, a man­sion in Karlovy Vary (Czech Republic), as well as, pre­sum­ably, a com­plex of build­ings in London and a vil­la in Switzerland.

According to Forbes, his for­tune is $ 3,100,000,000. Together with his wife Dinara Kulibayeva, he owns Halyk Bank. Owned by JSC “Caspian Oil”. Kulibayev owns 100% in Kipros LLP and Joint Resources JSC, a major­i­ty stake in Singapore-based Steppe Capital Pte Ltd, a stake in Nostrum Oil & Gas. Member of the Board of Directors of Gazprom.

In the Czech Republic, Timur Kulibayev owns a hotel built back in 1894. Myslivna in Czech, Jägerhaus in German, “Hunting House” in Russian. Not for rent

Manor in the UK

The Sunninghill Park Estate is locat­ed near Windsor Castle. Purchased for £ 15m from Prince Andrew

Complex of buildings in London 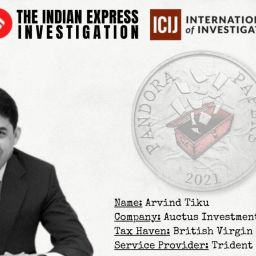 India-born Arvind Tiku, 51, ranked by Forbes in 2021 because the 18th rich­est in Singapore with a inter­net price of…