How ex-Gambia President Yahya Jammeh's US mansion was seized

Some ama­teur sleuthing and a chance encounter helped uncov­er how the for­mer pres­i­dent of The Gambia had laun­dered his mon­ey by buy­ing a lux­u­ri­ous prop­er­ty in the US.

Now a court has ruled that the $3m (£2.4m) man­sion in the state of Maryland, near Washington DC, should be seized from a trust set up by ex-Gambian leader Yahya Jammeh.

Funds raised by the sale of the house should ben­e­fit those who were harmed by the for­mer pres­i­den­t’s “acts of cor­rup­tion and abuse of office”, the US author­i­ties say.

An inves­ti­ga­tion by the depart­ment of jus­tice (DOJ) found that the mon­ey used to buy the six-bed­room house was raised through corruption.

“Maryland real estate is not a shel­ter for funds for cor­rupt rulers who have stolen from their coun­try­men,” said Selwyn Smith, one of the agents over­see­ing the case.

But it was inves­ti­ga­tions by cam­paign­ers a decade ago that first high­light­ed the issue.

More details have since emerged at Gambia’s Truth, Reconciliation and Reparations Commission, which this week rec­om­mend­ed that he be pros­e­cut­ed for “myr­i­ad crimes”. He has pre­vi­ous­ly denied alle­ga­tions of wrongdoing.

During his pres­i­den­cy, Gambian activists out­side the coun­try felt they had a respon­si­bil­i­ty to be the voice of the voiceless.

Sohna Sallah was one of them.

In 2010, a US-based Gambian news­pa­per report­ed that Mr Jammeh’s wife, Zineb, had bought a house in the upmar­ket Potomac neigh­bour­hood, Ms Sallah told the BBC.

But its exact loca­tion was unknown.

“We scoured the archives of house sales in the area and it stuck out to us,” the 49-year-old said, refer­ring to mem­bers of the Democratic Union of Gambian Activists (Duga).

The name of one buy­er — the MYJ Family Trust — seemed odd. “We thought: ‘Somebody’s try­ing to hide that they pur­chased this house.’ ”

Also, Y and J hap­pened to be the pres­i­den­t’s initials.

Not liv­ing far away, Ms Sallah start­ed tak­ing trips down the wind­ing Bentcross Drive to see if she could spot anyone.

“We used to dri­ve around and one time the wife was actu­al­ly pulling in and we’re like: ‘Yep, this is the house,’ ” she said with a chuck­le speak­ing from her home in near­by Bethesda.

After that Duga mem­bers, who sus­pect­ed that the mon­ey to buy it was acquired ille­gal­ly, start­ed hold­ing reg­u­lar protests out­side the property.

They hung a Gambian flag on the gates and mocked up a sign say­ing: “For sale, by Gambians.”

They leaflet­ed the neigh­bours try­ing to make them aware of what Mr Jammeh was accused of doing back home.

Ironically, one of the neigh­bour­ing homes was owned by Equatorial Guinea’s decades-long leader Teodoro Obiang Nguema, the Washington Post report­ed in 2017. He is also accused of cor­rup­tion and human rights abus­es, which he denies.

It is not clear if any­one in this exclu­sive area, where peo­ple val­ue pri­va­cy and secu­ri­ty, was that bothered.

Those inside the Jammeh house were irri­tat­ed and some­times called the police, accord­ing to Ms Sallah.

But the case for seiz­ing the house only real­ly took off once Mr Jammeh was forced to step down and go into exile in Equatorial Guinea after los­ing the December 2016 pres­i­den­tial election.

The new admin­is­tra­tion in The Gambia set up a com­mis­sion to find out about the extent of corruption.

Curiosities, such as gold-plat­ed pis­tols, were found among items recov­ered from one of Mr Jammeh’s homes in The Gambia, but it was his prop­er­ty port­fo­lio that caught the attention.

The com­mis­sion dis­cov­ered that the for­mer pres­i­dent had 281 prop­er­ties in the coun­try, as well as the one in the US and one in Morocco, and con­trolled more than 100 bank accounts.

There was no way that he could have afford­ed this on his salary and it con­clud­ed that he had mis­ap­pro­pri­at­ed more than $300m.

The com­mis­sion also uncov­ered that more than $1m had been divert­ed to Zineb Jammeh. Much of that mon­ey had been intend­ed for char­i­ties, includ­ing Operation Save the Children Foundation.

“Nearly all the funds of the Foundation were wast­ed on events which from appear­ance were intend­ed to boost the pro­file of Zineb Jammeh rather than help Gambian chil­dren,” said a gov­ern­ment White Paper sum­ming up the com­mis­sion’s findings.

Mr Jammeh was also found to have extort­ed mon­ey in the form of bribes to grant monop­oly licens­es for the import of cer­tain items, such as petrol. In addi­tion, he used the threat of with­draw­ing those licens­es to get more money.

And this was where the funds raised to buy the Potomac man­sion alleged­ly came from.

Building on the work of the Gambian com­mis­sion, the US DOJ detailed how the scheme worked.

In July 2010, the Petroleum Company was told that its monop­oly import rights would cease at the end of the year.

The own­er of the com­pa­ny then approached Mr Jammeh to guar­an­tee those rights until 2014.

The fol­low­ing day an account was opened at that bank under the name MYJ Family Trust. Then a total of $1m was trans­ferred into that account in three trans­ac­tions by an employ­ee of the Petroleum Company.

Finally, the mon­ey was wired to a real estate agen­t’s account in the US.

Over the fol­low­ing days, anoth­er $2.5m was trans­ferred to the US and on 20 September the house in Potomac was bought for $3.5m.

It had all the trap­pings of a grand home in an area described by the Washington Post as one of the nation’s rich­est lit­tle towns. As well as the six bed­rooms, it includ­ed an open foy­er entrance, a movie screen­ing room, a pool, a gym, a guest house and sev­en bathrooms.

It is not clear how often Mr Jammeh stayed there, but his wife was a reg­u­lar vis­i­tor, accord­ing to Ms Sallah.

She would some­times see her in the dis­tric­t’s shop­ping area. But those trips are no more.

And now with the stroke of a US judge’s pen, the house is no longer hers.

“Ex-Gambian President Yahya Jammeh and his wife thought that they could hide funds stolen from the Gambian peo­ple by buy­ing a man­sion in Potomac,” US Attorney Robert K Hur said when the civ­il action to seize the prop­er­ty began in 2020.

Responding to the deci­sion to seize the prop­er­ty, Ms Sallah, who first raised the issue more than a decade ago, said she was “very pleased”.

“I’m hap­py that some sem­blance of jus­tice has been done.”

Looking to the future “it would be nice ulti­mate­ly if the mon­ey is returned to the cus­tody of The Gambia so that the pro­ceeds of the sale can go towards the vic­tims of [Mr] Jammeh’s crimes”.

The DOJ has said that the prop­er­ty will be sold and has rec­om­mend­ed that the mon­ey be used for compensation.

For the time being though activists liv­ing out­side The Gambia can reflect that their efforts did not go to waste. 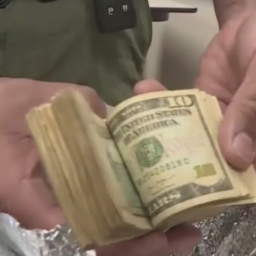 US ranked as the first country to hide money illegally

The United States is the num­ber one des­ti­na­tion for hid­ing mon­ey ille­gal­ly, accord­ing to a new report from a tax… 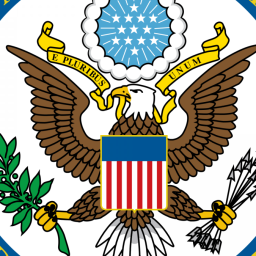 Assistant Secretary of State for the Bureau of South and Central Asian Affairs Donald Lu’s Travel to the Kyrgyz Republic, Uzbekistan, Tajikistan, and Kazakhstan

Assistant Secretary of State for South and Central Asian Affairs Donald Lu will lead a U.S. del­e­ga­tion to Kyrgyz Republic,…

U.S. Oil Industry Giant Paid Millions To A Company At The Center Of Huge Corruption Scandal

While KBR was being inves­ti­gat­ed for bribery in Nigeria, it was part­ner­ing with a com­pa­ny that bribed offi­cials in Kazakhstan.… 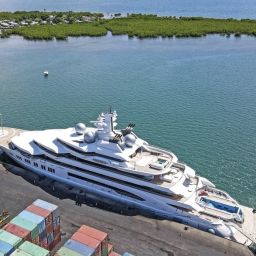